It was recently announced that the unlimited storage feature of Google Photos is being revoked from June 1st, 2021 and this news has massively shocked all its users. All the pictures uploaded before will still be available on the cloud. But from June 2021 onwards, users would only get 15GB of limited storage, exceeding which they would have to pay for every month. It’s time to begin the quest for Google Photos alternatives.

Why is this change taking place?

At present more than two billion users are utilizing the features of Google Photos for storing and sharing their pictures online. So it is becoming very hard for Google to offer so much storage for every individual account. They have seen around 28 billion multimedia contents being uploaded per week.

Hence it won’t be easy to carry on with such limited functionality after months of using unlimited storage. If the person can pay for storage above 15 GB or if 15 GB is sufficient for them, it won’t matter. But it is generally not the case for most users. The only option is to find an alternative to Google Photos which offers unlimited storage and high picture quality.

We have listed some appropriate alternatives to Google Photos below. However we know they don’t have the advanced set of features like Google Photos provided but since Google didn’t leave us a choice, many users are considering shifting to another app. To make the process easier for you to read on and choose the Google Photos Alternative which best suits your need:

Amazon Photos app will help you utilize unlimited storage facilities but only if you have an Amazon Prime Membership. However, users must remember that this Google Photos alternative is only available for Android users and not iPhone users.

Pricing: The membership costs around Rs.99 per month and Rs.999 per year so it is a great alternative for Google Photos.

Previously Flickr used to offer unlimited storage but now that feature is no longer available. However, this Google Photos alternative allows free storage of only 1000 photos, and on exceeding that users have to upgrade to the PRO version.

Pricing: The Flickr PRO subscription is available for $7/month or $60/year.

Microsoft One Drive is the most popular Google Photos Alternative for businesses that use the Office 365 suite including Word, PowerPoint, Excel, etc. Also, it is known to be the most secured cloud storage option in the market at present.

As the name suggests, Apple iCloud app is only for Apple users. It is an all-inclusive cloud storage facility just like Google Drive. This Google Photos alternative has no support on Android phones, so you may skip this if you are an Android user.

Dropbox is a popular storage cloud and needs some configuration to function as a Google Photos Alternative. They offer an additional security feature that helps you keep your data private.

Pricing: For additional storage space upgrade to Dropbox Plus at $9.99/month or $119.88/year where you get 2 TB of storage space.

This Google Photos Alternative has mixed functionality- both as a personal storage app and a public social media. You have private spaces in which you can share your photos with your friends viewing only.

Pricing: The best thing about this app is that it’s completely free with no in-app purchases.

This Google Photos alternative is an expert at arranging photos which give it an added advantage over Google Photos. Though it requires a lot of manual work, it helps to stay organized.

This Android-only app offers a very basic plan for its free version. This Google Photos alternative is basically a gallery app for your phone although; it does arrange your pictures according to date and time.

Pricing: This app is completely free of cost

Adobe Bridge is a photo app for particular usage on the desktop. This Google Photos alternative is used as a transfer app from the camera to the desktop, instead of connecting your phone by a USB cord.

Piwigo is more of an advanced app for professional photo shoots or videos. It manages photos for small to large-scale businesses. This Google Photos alternative has features that allow users to categorize photos with respect to the author, date-time, location, and other tags

Pricing: It is absolutely free.

Due to the limited storage options from June 2021, users are searching for alternatives to shift to. So to make this shift easier, refer to this list of top 10 Google Photos Alternatives whenever required. These apps have their own flaws but currently, they are the best in the market.

The paid version is inescapable in almost all of the apps but for increased privacy it is necessary as well. So you need to choose the app which best suits your requirement.

So it ultimately depends on you. Whether you want the premium version of these apps or whether the basic plan fulfils your needs.

Let us know below if there are any more apps which should have been there on this list! Thanks for reading. 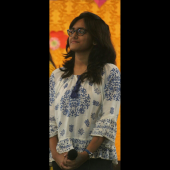 I am a freelance writer having a passion for writing and researching innovative technologies.