Is it that you don’t get enough responses even though you draft the survey well, send it to your respondents at the perfect time, share it on social media, etc?

You should consider providing survey incentives.

Read ahead to know more about survey incentive ideas. These are proven ideas that have worked for many and should work for you well!

As a researcher, you must understand that providing incentives is not an option, but rather a requirement. In today’s fast-paced digital world, survey respondents aren’t driven by ambiguous benefits or empty promises.

Surveys with offers generally have a higher participation rate, according to a study by the American Statistical Association.

The introduction of prepaid incentives not only boosts response rates but also improves the quality of the survey data, according to their findings.

Furthermore, when a prepaid incentive was presented, survey participants were less likely to dismiss a question and more likely to provide longer responses.

So, what does this mean? It suggests that providing incentives is a good strategy to boost response rates and improve the quality of your responses. In this article, we’ll look at seven survey incentives that always work.

What are Survey Incentives?

If your potential group has other things on their minds, they’ll need to be passionate about your brand or have a compelling reason to take your survey.

Any type of reward communicates to your audience that you appreciate both their time and their opinion.

Why go for Survey Incentives?

Incentives for responding to surveys have been shown to considerably enhance response rates. According to one study, when an incentive is offered, the probability of completing a survey increases by 30%.

However, that is only one study. When it comes to mailed questionnaires, an analysis of 49 more studies shows that a monetary incentive can double your odds of getting a response.

Incentives enhance the response rate to not only the survey but also follow-ups and other useful communications, according to the same study. This is excellent news, because it may be worthwhile to follow up with specific survey respondents if they provide insightful comments.

Remember, though, that survey incentives can attract the wrong crowd – those who aren’t your target audience and won’t provide accurate, meaningful responses.

Is it true that incentives boost survey response rates? They certainly can! The primary advantage of offering rewards for survey participation is that users are more likely to complete the study. Financial incentives have traditionally been utilised to enhance response rates, according to the National Center for Biotechnology Information.

Some researchers only offer incentives to specific groups of people, such as individuals who are unlikely to reply to any survey. For example, researchers polling healthcare professionals may offer an incentive to encourage participation since they understand how difficult it is to attract the attention of a busy surgeon, doctor, or nurse.

Many individuals will take the time to do a brief survey, often known as a micro survey; after all, we all enjoy sharing our thoughts! However, the longer a survey is, the less likely people are to participate. Long surveys can be overwhelming, and even if a participant is interested, they may abandon the survey if it appears that there is no end in sight. Sometimes the best way to get people to take a long survey is to be upfront about how long it will take to set expectations and provide a prize if they complete it.

Is it necessary to pose sensitive questions to potential survey participants? They may be hesitant to participate in the survey. Researchers may be able to develop goodwill by giving an incentive in the form of a survey prize. People who would otherwise refuse to help may change their minds if an incentive is offered. This method can also benefit organisations that have received negative press.

Have you ever been solicited to participate in a survey in exchange for money? This is one of the most prevalent and effective sorts of rewards.

A monetary incentive can take numerous forms when used:

When respondents are given a monetary incentive, they are more likely to complete the survey.

What makes the return so much better? Because there is a monetary incentive, survey respondents who are granted a cash incentive are more likely to finish your survey. Furthermore, because they feel bound to do so, they are more inclined to take their time when responding to your survey.

How do you determine the sum of money to give? First, consider the length of your survey. How long do you think it’ll take you to complete it?

Then consider your target audience. If it’s a five-minute survey for college students, ranging from $1 to $5 should be sufficient.

If your survey is delivered to a professional group, such as doctors, and it takes 30 minutes to complete, your fee should be much more — roughly $25-100.

Knowing who your target audience is can help you decide what kind of incentive to offer. While giving responders cash is always a good idea, giving them a sample product or service is another method to give them what they want.

Let’s imagine you want to conduct a poll to learn how consumers feel about your sports beverages. You’ve recently released a new flavour, and in exchange for completing the survey, you’ll give them a sample of it.

This might work if your respondents are current sports drink customers who want to try new flavours.

Similarly, if you provide computer-related services, you may provide responders with a beta version of your latest software.

Make this form of reward relevant to your organisation so that your respondent continues to do business with you.

Coupons are another popular survey incentive idea. Many companies have had success offering a 25% discount to those who complete surveys. This is frequently sufficient to encourage and increase your response rates.

You save money by using a coupon or discount instead of a straight cash reward. Why? You’re still driving business with a coupon.

Again, you must be aware of your intended audience. Choose a charity that is related to your product line, for example.

Make it clear to your customers that for each completed survey, you will donate X dollars to your favourite charity.

Your clients will feel good about themselves knowing that by completing your survey, they contributed to a better world.

You’ll also give your customers a pleasant experience. People are more altruistic than ever before in today’s environment, and they want to be a part of something bigger than themselves.

This is a terrific method to generate positive thoughts for your brand while also assisting people.

The drawing or raffle is another sort of survey incentive idea. You can use this incentive to tell survey respondents that they will be placed into a contest to win something if they complete your survey.

Popular products include gift cards, coins, and iPhones. Just be sure the lottery prize won’t put your marketing budget in jeopardy.

You can also provide something tangible to your survey respondents. You could, for example, provide them with something of value.

Assume you own a marketing firm and are delivering your survey to all of your retainer clients.

You may provide them with a how-to manual, video, or whitepaper that you don’t give away for free to anyone else. While it isn’t the most enticing survey incentive idea, it could be appropriate for the right demographic.

Branded handouts are an example of this form of incentive. We’re talking about pens, cups, notebooks, and other items with your company’s logo on them.

You should get to know your target audience well, and giving away something beneficial to them can help.

If you’re not sure where to begin, try experimenting with a few different incentives. Create your survey and try these incentive ideas for a higher response rate.

Start with a small group of people and watch how they react. If you decide to provide cash, for example, test it with half of your respondents. Then compare it to your control group to see if anything changed.

You’ll learn what works and what doesn’t through testing. It may take a few tries to figure out which one performs best for your target market. 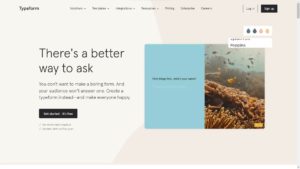 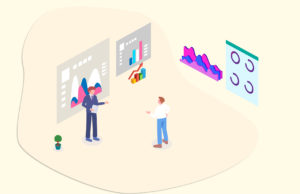 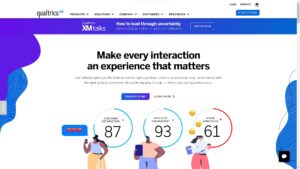